Low B6 Linked to Inflammation

New Tufts research has linked low blood levels of vitamin B6 to markers of inflammation that contribute to heart disease and other chronic conditions.

Researchers analyzed data on 2,229 men and women from the “Framingham Offspring” study. They  found that levels of PLP, an indicator of vitamin B6 levels in the blood, correlated with 13 different markers of inflammation.

The same associations weren’t seen with the other B vitamins, suggesting a specific link,
although the observational study couldn’t prove cause and effect.

“Low vitamin B-6 status, based on plasma concentrations of PLP, has been identified
in inflammatory diseases, including cardiovascular disease, rheumatoid arthritis, inflammatory bowel disease, and diabetes,” the researchers noted.

“This study, in combination with past findings, further supports our hypothesis that
inflammation is associated with a functional deficiency of essential vitamin B6.”

This article is for informational and educational purposes only;  It is not intended to provide
medical advice, diagnosis or treatment.  Consult your doctor or healthcare professional.

Men may not live as long if they have low testosterone,
regardless of their age, according to a new study.

The new study, from Germany, adds to the scientific evidence linking deficiency
of this sex hormone with increased death from all causes over time, so-called
“all-cause mortality.”

The results should serve as a warning for men with low testosterone to have a
healthier lifestyle, including weight control, regular exercise and a healthy diet,
reported researchers from Ernst-Moritz-Arndt University of Greifswald, Institute
for Community Medicine.

The researchers believe it is very possible that lifestyle determines levels
of testosterone.

In the study, the team looked at death from any cause in nearly 2,000 men aged
20 to 79 years who were living in northeast Germany and who participated in the
Study of Health in Pomerania (SHIP). Follow-up averaged 7 years. At the beginning
of the study, 5 percent of these men had low blood testosterone levels, defined as
the lower end of the normal range for young adult men. The men with low testosterone
were older, more obese, and had a greater prevalence of diabetes and high blood
pressure, compared with men who had higher testosterone levels.

Men with low testosterone levels had more than 2.5 times greater risk of dying during
the next 10 years compared to men with higher testosterone, the study found. This
difference was not explained by age, smoking, alcohol intake, level of physical
activity, or increased waist circumference (considered a risk factor for diabetes
and heart disease).

In cause-specific death analyses, low testosterone predicted increased risk of death
due to cardiovascular disease and cancer but not death of any other specific cause.

Testosterone is the principle male sex hormone. It is secreted by the testes in males,
though small quantities are secreted by adrenal glands as well. In an adult male it
primarily helps maintain:

Why is Testosterone So Important?

Testosterone is highly important as the above functions indicate. As a matter of
fact it is the single most factor in giving you your male characterstics. An average
male has forty to sixty times more testosterone than an adult female.

It is the presence of this hormone that makes man more aggressive than females.

Eat essential fats such as the omega 3 fatty acids found in fish and flaxseed as
well as saturated fats are essential for normal testosterone production. All steroid
hormones are produced from cholesterol and when fats are deficient in the diet,
this process will be inhibited.

Studies clearly indicate that low fat diets results in lower testosterone levels while
those higher in protein, lower in carbohydrate and moderate in fat cause the greatest
sustained levels of testosterone and growth hormone.

Be Sure To Exercise…

Both the lack of physical activity and too much of it is going to make your tesosterone
levels dip.

Studies show that with an exercise of 45-60 minutes your testosterone levels will
increase and any more after that is going to have a reverse effect on testosterone
since cortisol begins to increase and testosterone will decline. 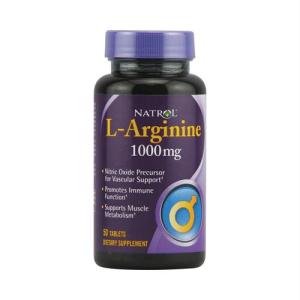